The night before the wedding will no doubt have you feeling all the emotions at once. There’ll be waves of excitement and nervousness, as well as stress and anxiety. If you’re one of those couples who will choose to follow the superstition of not spending the night together and would rather see each other for the first time before the ceremony, then it’s time to get your bridesmaids together for a sleepover!

We’ve recently presented Part 1 of the 5 best bridal movies to watch on the night before your wedding, and now it’s time for Part 2.

Get into your pyjamas, cuddle up with your bridesmaids and put on one of these classics to take your mind off your upcoming nuptials. 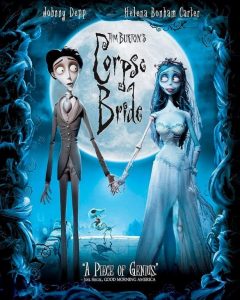 Taking ‘till death do us part’ quite literally, this Tim Burton classic features Johnny Depp and Helena Bonham Carter’s vocals in a fairy tale like no other. It just goes to show that no matter where you are, love still reigns supreme.

The shoes. The fashion. NYC. What’s not to love about this movie? If you enjoyed the television series of the same name, then you’ll enjoy every minute of Carrie planning to marry her Mr. Big. There’s also a hidden lesson here among the designer names about keeping your wedding in perspective. Who knew SATC could be so insightful? 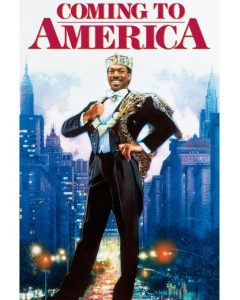 A classic if there ever was one. Eddie Murphy plays an African prince who heads to Queens, New York to find a wife and escape an arranged marriage. We’re sure you’ve seen this movie 10 times, just like the rest of us, but what’s another 11 times? We think it gets even more hilarious every time we watch it.

4. I NOW PRONOUCE YOU CHUCK AND LARRY 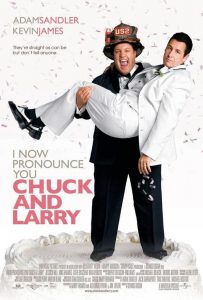 We’re a sucker for anything Adam Sandler – partly because his characters always wind up in the most obscene scenarios. This time, Sandler ‘marries’ his best friend, played by Kevin James, and both pull off a fake wedding to help Sandler increase his life insurance policy. Only thing is, they’re both straight. Unexpectedly, the couple become front page news, and have to continue the pretence to extremes. We’d expect nothing less from the King of Comedy. 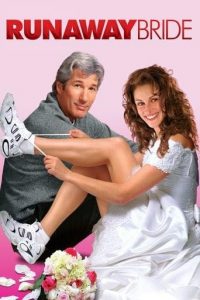 Got pre-wedding jitters? You’re not alone. Julia Roberts and Richard Gere team up again in this romantic comedy about a bride who has run away from three weddings – all her own. Will she run from her fourth? Stay tuned…

We’re probably getting ahead of ourselves here – before the wedding day, there’s the hens night! Make yours an unforgettable classic with Melbourne’s Best Functions. Contact us on (03) 8199 3733 on how we can make your last fling before the ring a night to cherish forever. From the catering to the drinks and everything in between, we’ll ensure your send-off from singledom is nothing short of remarkable.